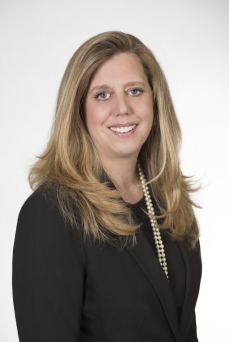 Colleen M. Neary is a founding member of the firm. She graduated with honors from the University of Scranton, earning degrees in Philosophy and Political Science; and received her Juris Doctor from Villanova University School of Law. Throughout her career, Ms. Neary has focused her practice on matrimonial law matters. Her vast experience enables her to not only reach appropriate and beneficial settlements on behalf of her clients, but also to zealously advocate in court in the event amicable settlement is not possible. She represents clients in every area of family law, including complex equitable distribution of marital property and alimony, preparation of pre-nuptial and post-nuptial agreements, custody, child support, and business valuation issues.

Ms. Neary is an active member of both the Delaware County Bar Association and the Pennsylvania Bar Association. In 2004 she became the youngest elected President of the DCBA. She has served as chairperson of various committees and sections of the DCBA, including the Family Law Section, the Past Presidents Committee, the Solo and Small Firms Committee and the Bench Bar Conference Committee. Ms. Neary's work and commitment to the legal profession has been recognized by her peers. The Family Law Section presented her with the Eric D. Turner Award for "her dedication, professionalism, and integrity, along with her substantial contributions to improving the practice, elevating the standards, and advancing the cause of matrimonial law." She has also received the E. Wallace Chadwick Award, the Delaware County Lawyers Club Man of the Year Award, the Elizabeth C. Price Award, the Hon. Frank T. Hazel Hall of Fame Award as well as the Nicholas D. Vadino, Jr. Memorial Award, in addition to several Presidents' Special Recognition Awards. In 2017 she was honored by the Pennsylvania Bar Association with the Chief Justice John P. Flaherty Award.

Ms. Neary is presently a member of the Pennsylvania Bar Association House of Delegates, and is a Past-President of the PBA Conference of County Bar Leaders. She has also served on Council for the PBA Family Law Section.

In 2003 Ms. Neary was elected to the position of Fellow of the American Academy of Matrimonial Lawyers, a national organization whose membership is limited to those who are considered by their peers and members of the bench to be experts in the field of family law. She served as Chairman of the Pennsylvania Chapter's Board of Examiners and is currently the 2nd Vice-President of the Pennsylvania Chapter.

Ms. Neary has been voted by her peers as one of Pennsylvania's "Super Lawyers" for each of the past 10 years. She has also been included annually in the Best Lawyers in America publication for her work in the matrimonial field for each of the past 8 years.  She is a frequent lecturer in the area of family law and has taught continuing legal education courses for the DCBA, the Pennsylvania Bar Institute, the Pennsylvania Bar Association, Neumann College and Villanova University.  She currently serves as the President-Elect of the University of Scranton Alumni Society.