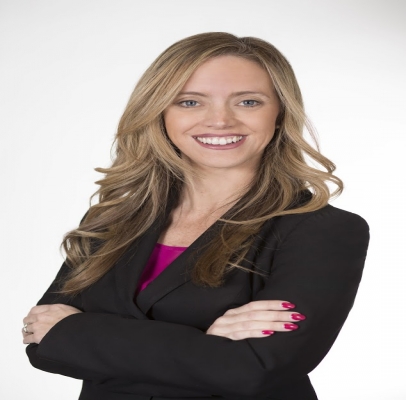 Kristen M. Rushing has been a family law practitioner with the law firm of Sweeney & Neary, L.L.P. since 2005 and became a partner in 2013.  She received her undergraduate degree from York College of Pennsylvania in 1999 and her Juris Doctor from Widener University School of Law in 2002. After graduating from law school Ms. Rushing served a three year judicial clerkship for the Family Court of the State of Delaware.

Ms. Rushing has received numerous honors from her peers on the local and state level as recognition for her outstanding contribution to the legal profession. She received the DCBA Nicholas D. Vadino, Jr. Memorial Award in 2007; the DCBA President's Special Recognition Award in 2013; the DCBA Eric D. Turner award “for her dedication, professionalism and integrity in the practice of matrimonial law” in 2016; the Pennsylvania Bar Foundation Pro Bono Award in 2010. In addition, Ms. Rushing was selected as a Top Lawyer by Main Line Today in 2017; was named a “Rising Star” by Pennsylvania Super Lawyers® Magazine in 2008 and 2010; Pennsylvania Super Lawyers® in 2020 and was named 2015 Lawyer on the Fast Track by the Legal Intelligencer.  In addition to these awards, Ms. Rushing has been recognized by her peers for her expertise in the area of Family Law by the DCBA, the Delaware County Domestic Abuse Project and Legal Aid of Southeastern Pennsylvania for her contributions to the local community.  Ms. Rushing has been a frequent speaker/presenter at the Delaware County Bench Bar Conference for both the Young Lawyers Section and Family Law Section CLE presentations, and she has also been a speaker at the PBA Family Law Section Meetings and at Neumann College.