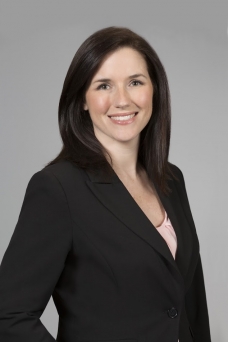 Kathleen A. O’Connor has been with Sweeney & Neary, L.L.P. since 2007.  She graduated with honors in 2000 from the University of Maryland, College Park, earning degrees in Psychology and Criminal Justice.  After working for a prominent investment firm for several years, she received her Juris Doctor from Penn State University Dickinson School of Law in 2006.  Upon her graduation from law school, Ms. O’Connor served a one-year judicial clerkship for the Family Court of the State of Delaware.  Throughout her career with Sweeney & Neary, Ms. O’Connor has zealously and confidently represented her clients in all areas of family law, including, divorce, equitable distribution, support, child custody, grandparent custody rights, protection from abuse, and preparation of pre and post nuptial agreements.  As a result, Ms. O’Connor has gained a reputation for her honesty, integrity and compassion.

For her dedication to and reputation within the legal profession, Ms. O’Connor has been recognized with several awards and honors.  In 2020, she was recognized by Pennsylvania Super Lawyers, and she was recognized in 2016 and 2017 as a Top Lawyer by Main Line Today.  As a result of her “significant contributions to the organized bar,” Ms. O’Connor was presented by the DCBA with the Nicholas D. Vadino Memorial Award.